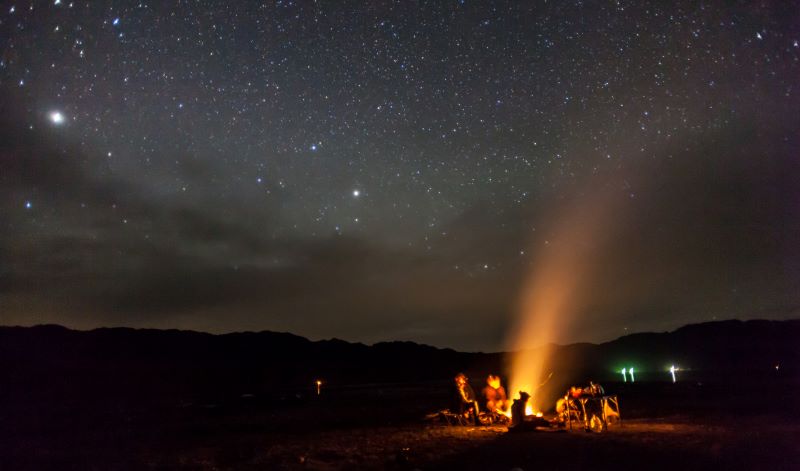 One of the best things you can do to enjoy the vast wilderness of the Australian continent is to go camping. But while there are many places you can take your tent, camper trailer or caravan and have a wonderful time, there are still unwritten rules of courtesy and etiquette that you should follow when you are camping.

We are here to help guide you on the dos and don’ts of camping in Australia, whether you are free camping or at a caravan park.

No one wants to be around someone who just wants to rebel against the rules for no reason at all. It doesn’t matter whether you are at a caravan park, paid campsite or free camping, most campsites around the country have written campsite rules to follow. Whether the rules say “no littering” or “keep the noise down after 10pm”, just follow them. Most camping rules are created for the protection of the campsite itself as well as the enjoyment of all campers.

2. Don’t camp too close to others

People want to go caravanning and camping to enjoy themselves and get out into nature. It’s a bit hard to do that if your neighbour has camped on top of you. Camping too close to other people might make them feel uncomfortable because they won’t be able to enjoy their privacy and space. After all, people go camping to escape from other people, and being too close to other campsites will only make it harder for campers to relax and be one with nature.

3. Don’t walk on or through other people’s campsites

In the same way that you shouldn’t be camping too close to other people’s campsites, you shouldn’t also walk on or through their campsites. Think of their campsites as their temporary private property that you cannot encroach on because you would be going against their right to privacy. As such, while they have no claim to the campsite, it would be rude to go through their campsites without asking for their permission. If you’re in a caravan park or campsite headed to the toilet block, go around peoples campsites as much as possible, especially at night.

There is nothing better than to enjoy a nice quiet and cool evening in front of your campfire. You can also toast some marshmallows on a stick if you want to enjoy your camping experience. But the truth is that there are some national parks that have rules against campfires because they can cause bushfires that will endanger the Australian wilderness. So, before you start a campfire, check the rules of the campsite you booked with so that you can know whether or not they allow campfires.

And be smart. Even if campfires are allowed, be sure to check fire danger ratings and only light fires when the weather is suitable.

5. Don’t use generators close to other campsites

Generators can be useful whenever you are camping, especially if you have a caravan that needs its fair share of electricity to work. But the fact of the matter is that generators can be noisy and may emit fumes. Other campers don’t want to hear the sound of your generator or smell the fumes coming out of it.

As such, if you intend on using a generator, make sure that there are no other campers or campsites nearby. You don’t want to end up bothering them or disrespecting their right to peace and tranquillity by turning on a noisy generator that can end up emitting nauseating fumes.

Bringing your dog on a camping trip can be a fun way for you to bond with your pet and for it to enjoy nature. However, there are some campsites, such as National Parks, that may have rules against dogs because some dogs can be unruly and can even endanger the wildlife there.

But if dogs are allowed, make sure you read the campsites rules on dogs and that you control your pet well enough so that it won’t end up making a mess or chasing after wildlife. Remember you might love your pet, but others don’t have to and might not appreciate having a dog nearby. Don’t allow it to bark or to howl – other campers shouldn’t have to listen to the sound of a dog in the middle of what is supposed to be a tranquil and serene camping trip.

7. Leave no trace that you were there

When you are about to leave the campsite to go back home, make sure that you leave no trace that you were there at the campsite. Always leave it as spotless and clean as before you arrived there or even cleaner than that. Remember that other people would still camp on the same campsite later on, and you need to make sure that they get to enjoy the cleanliness of that place as well as you did.

Everything you brought with you to the campsite needs to be removed. Make sure all rubbish is put into bins, or if there aren’t any, take it with you and put it in your bin at home. Rubbish and other items left behind can injure animals or make them sick if ingested, so ensure the campsite is clean when you go.

Of course, you also shouldn’t leave any marks that you were there such as carving something on a nearby tree or writing your name on a rock. It’s rude and disrespectful to nature and to the other people who would be visiting the same campsite in the future.

8. Be friendly to other campers

While you don’t have to have contact with other campers because you don’t want to disturb them, you should try to be friendly enough to them whenever you do come across other people regardless of whether they may be working in the park or are your fellow campers. A simple good morning/day would be more than enough to sound friendly and respectful towards them. You can try to spark a friendly conversation but keep it short and simple if you feel that the other campers are looking to enjoy their own time.

9.  Respect nature and the wildlife

As such, don’t try to leave your rubbish behind for others to clean. Avoid damaging the trees or cutting off branches to use as firewood. And never ever endanger the wildlife living in the park unless they put you in danger first. Always remember that you are only a visitor there while the park is home to the different plants and animals living in it.

10.  Minimize the noises that you make

Noise tends to travel faster at night, and that is why you need to keep the noises you make on the down-low. So, whenever you are gathering with your friends or family and enjoying the night while eating dinner or playing music while having a few drinks, remember to keep your voices at a minimum because there are other campers nearby. That said, keep your voices down once the clock hits 9-10 pm.

At the same time, if you fancy waking up early to enjoy the sunrise, don’t try to make a ton of noises as well because other campers might still be sleeping. Always remember that there are other people who also want to enjoy their time at the campsite. Don’t be selfish enough to the point that you think that you are the only one who deserves to have fun there.

By respecting other campers and following some basic rules of etiquette and courtesy, everyone can have an enjoyable time seeing our wonderful country. 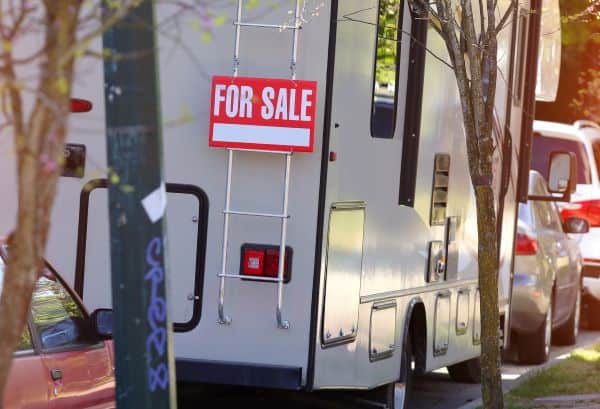 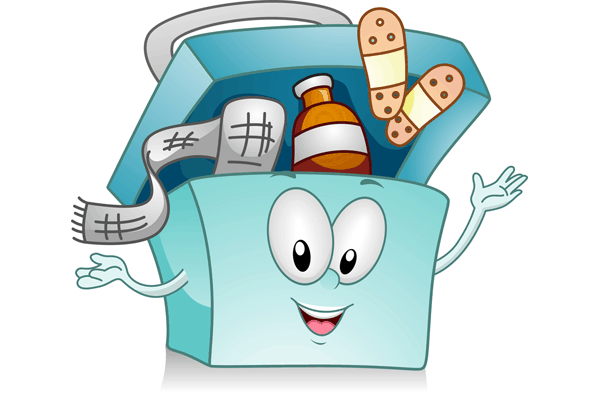 Camping is a great way to get out in nature and explore. However, accidents happen, which is why it is important to take a well-stocked first aid kit with you on your trip. And if you are camping somewhere away from quick access to medical treatment it is even more important to make sure you… 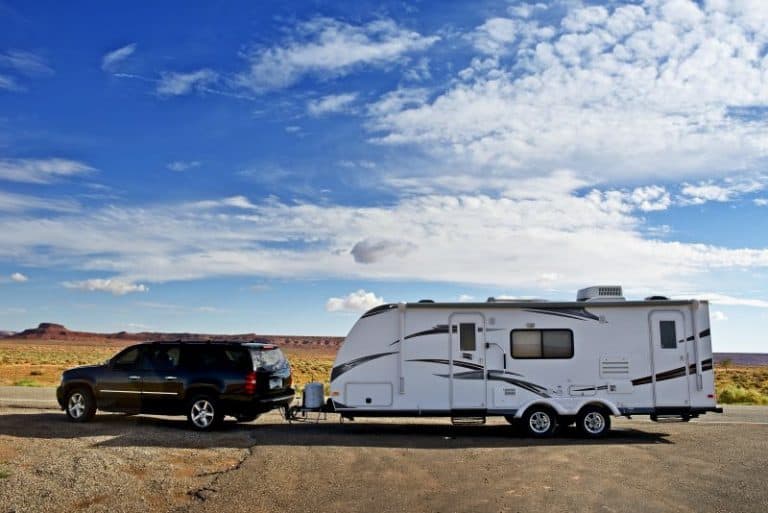 Nothing can ruin a day more than getting things in your caravan stolen after leaving it parked while you go out and about. Securing a caravan or camper trailer can be tricky, especially when it seems like the normal security features of a house can’t be replicated. Just like with anything else theft of a… 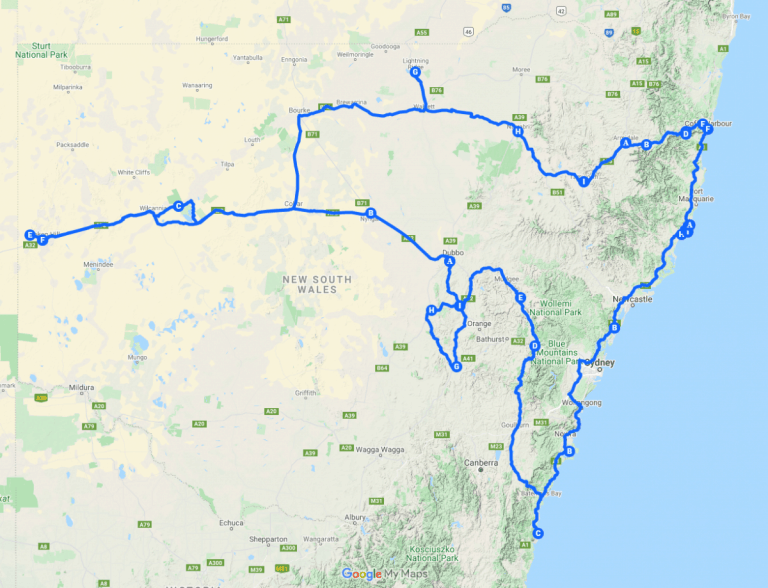 We recently completed a 4 week holiday around New South Wales. Our original plan was to head drive across the Nullarbor to Perth for Christmas but being 2020 the boarders were still shut so we hooked up the camper and went on a tour of NSW instead. If you’re thinking of doing a lap of… 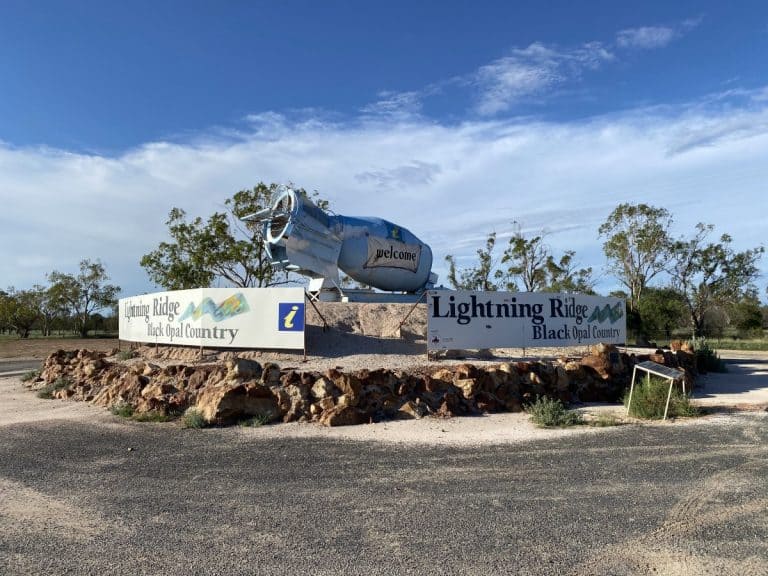 Time of stay: December 2020 Overall The Lightning Ridge Outback Resort and Caravan Park is located on the left as you come into town. We stayed for 2 nights and booked 2 sites as we were staying with friends. You need to be careful and let them know that you have a camper trailer or… 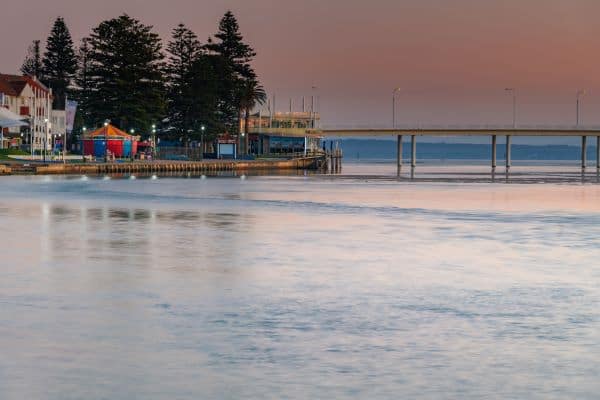 Away Seaboat is made up of Brett and Robyn along with their two kids Quinn and Paige.

We were brought up on camping and have some great memories with out families and hope our kids will have the same.

Coming from opposite sides of Australia, we also have a long standing argument over whether the sun should rise or set over the ocean.

Some of the links on this website are ‘affiliate links’. This means if you click on the link and purchase the item, we will receive and affiliate commission. This is not at any extra cost to you.